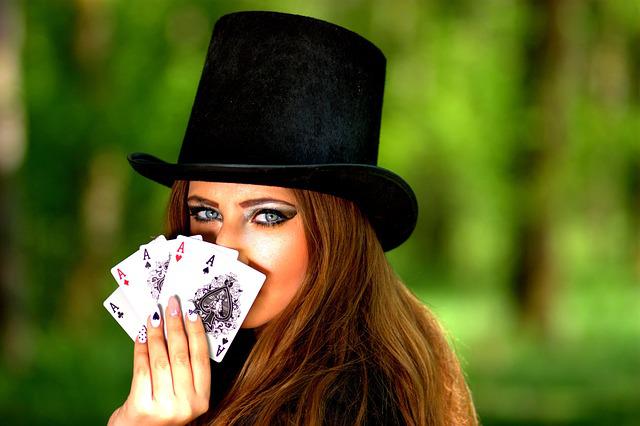 Alongside the great sport, professional poker has also recorded some big names in its history, some of them defining separate — not to be spared the word — eras. The true whales of poker have been great players such as Doyle Brunson and Chris Ferguson, Eric Zidel, Sam Farha and Phil Ivey, with the latter two making over a hundred million dollars each.

BestAuCasinosOnline discusses five of the most successful poker players. They are professionals of the highest level, they are smart, ambitious and very promising.

His many successes online have earned Fedor two consecutive PocketFives Online Tournament Player of the Year awards (in 2014 and 2015). As for his offline performances at the world’s most prestigious tournament series, the young German’s main achievements at the WSOP include finishing second in the $300,000 Super High Roller Bowl in 2016 for $3.5m in prize money, and winning the $111,111 High Roller for One Drop at the WSOP the same year for almost $5m in prize money and every player’s coveted gold bracelet.

Fedor Holtz’s poker journey started with home games with friends. However, soon after he turned eighteen in 2011, the future star was introduced to online poker and began to build his skill set at a rapid pace. Holtz’s progress didn’t go unnoticed and in 2012 he got a respected backer in poker circles who also began helping him with improving his game as well.

Steve O’Dwyer is a famous American poker player, famous for his success in both live and online tournaments. Steve got his start in poker after watching the 2003 World Series of Poker Main Event on ESPN, which was won by Chris Moneymaker.

He took part in the first live WPT PokerStars Caribbean Adventure in 2007 and was able to get straight into the payout zone.

Steve’s successes have continued and he still competes in both live and online tournaments. He himself says that his game hasn’t changed in the last few years and he doesn’t use any new strategies. Steve reckons it’s all about his confidence and the variance that’s on his side.

Sam Trickett is one of the brightest young poker players of the 21st century, having made a fortune playing poker in six years. He’s a shining example that you can continuously improve your game. His bankroll has seen steady growth year-over-year, as has his record on the world poker stage.

A gas engineer by trade, Sam enjoyed his passion: playing football professionally. Sadly, his football career was cut short suddenly by a serious knee injury. Sam had to put professional football aside and started looking for a new hobby and a way to make a living.

Sam was introduced to poker by chance. Trickett sat down to play poker for the first time in 2005, in an English bar, agreeing to keep his friend company. He won some money that night and was surprised to find out that poker was not a game of luck but an intellectual wrestling match. Sam frequented the bar and for three weeks he left it almost every day with a win. He realised that it was possible to make a steady income playing poker.

Prior to his career in poker, Erik had been playing backgammon for eight years. Seidel’s first big tournament was the 1988 WSOP Main Event, where he reached the final, losing only to Johnny Chan. Erik won his first bracelet in a $2,500 limit hold’em event in 1992. He also won his first World Tour event title in 2008.

Seidel was also runner-up in the 2008 Australian Poker Championships, better known as the Ossie Millions.

On 19 October 2010 it was officially announced that Seidel would be inducted into the Poker Hall of Fame. The ceremony took place on November 8, 2010 in Las Vegas.

Daniel Negreanu is undoubtedly one of the best-known and most brilliant players in all of poker’s history. A man of positivity, a man of smiles, a man who brings joy to the people who look up to him.

At the age of 21, Daniel Negreanu, with a meagre bankroll, goes to Las Vegas for the first time. At the same time his father dies. Daniel squanders all his money in poker in Las Vegas, and in a depressed state returns back to Canada. Another would have given up, but Daniel begins to rebuild his poker bankroll anew.

Good fortune smiled on Negreanu in 1997 when he won two World Poker Finals tournaments in Foxwoods for about $55,000. Those first victories gave the young player much-needed confidence, which he decided to try out in the 1998 World Series. He won the $2,000 Limit Hold’em event for $169,000 and the WSOP Gold Bracelet. He also became the youngest ever World Series of Poker bracelet winner – a record he held until 2004.

Given his professional achievements, it is not surprising that Daniel Negreanu quickly became a media personality. He’s appeared on countless TV shows dedicated to poker, including Late Night Poker, Poker After Dark, High Stakes Poker, and has also been a commentator and host of the Ultimate Poker Challenge. He’s also appeared on the big screen, appearing in episodes of The Thing and in Lucky Draw as himself. In many interviews Daniel Negreanu has often said that if he hadn’t played professionally, he would surely try his hand at film – as an actor, scriptwriter or maybe even director.

We see that for big wins, age sometimes doesn’t matter. Poker loves the smart, the stubborn and the brave. Judging by the size of the prizes won by our top players — it is clear that talent can help one as much as one’s profession.

You can also try your luck and visit any mobile casino.