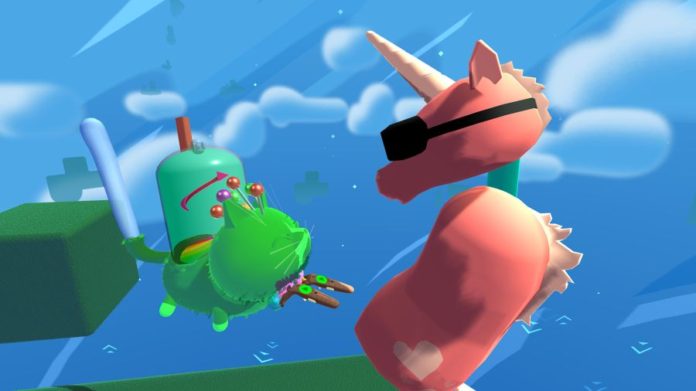 Because mobile virtual reality gaming is on the rise, we have decided that it’s high time we pay tribute to one of the most underestimated VR headsets on the market – the Utopia 360 VR. A powerful gaming platform, with a library to match, the Utopia 360 delivers a remarkable virtual reality experience at a very affordable price. In this article, you will read about some of the best titles you can play with your headset. Don’t forget your Bluetooth remote control, because you’re going to need it.

6 Utopia 360 VR Games We Fell in Love With
Ready to check out our choices in Utopia 360 VR games? Before that, make sure you have everything you need at the ready. For a quick reminder on compatible phones, peripherals, and instructions for a quick and pain-free setup, click here. Thank us later after a great gaming session.

1. Space Defense VR
It’s not exactly EVE Valkyrie, but at least it’s fun and, not to mention, addictive. Space Defense VR is TN. Interactive’s take on classic arcade defense games. Space Defense VR doesn’t have much of a story – you hear the alarm ringing on the space station, gear up, and hop in the turret.

The purpose is to stay alive as much as possible. Although the odds aren’t that great, you still have what you need to face the horde – three powerful weapons (gatling gun, laser gun, and missile launcher), as well as various powerups like EMPs, nukes, and allies.

2. La Petite Morte
La Petite Morte or Little Death is a whimsical noir adventure game inspired by David Mourier’s comics. Set in an upside-down Universe where Death’s only an infant, you’ll have to grab yourself by the straps if you wish to learn more about the mortal coil and the Afterlife. A great little game for those who are in love with the point-and-click adventure genre.

3. ZombieVR
Get ready to run and shoot everything that moves. Or doesn’t. ZombieVR is an excellent undead shoot- ‘em-up title that will really put those gunslinger reflexes to the test. There’s not much of background here – like in any zombie game, you find yourself trapped in a mansion teeming with flesh-eating monsters. Your only way out will be, of course, shooting everything that moves. We liked ZombieVR a lot because it kind of reminded us of great PC titles such as Killing Floors, Typing of the Dead, and Clive Barker’s Undying.

4. Solitaire VR
Everyone’s probably tried playing Solitaire. Granted, it’s a rather dull game, but it doesn’t have to be that way. How do you ask? Well, by mixing the favorite card game with a great story and a spooky atmosphere. Solitaire VR takes you to the mountain keep of The Baron, a mysterious figure that has disappeared without a trace. The only way to learn about the past is to play solitaire. Winning each hand brings you closer to the truth. However, be warned that there are forces at work here that will want to stop you from learning about the Baron’s fate.

5. Divinity Defense: Dungeon Edition
Because we like castle defense games so much, and, apparently, so does Utopia 360 VR, we give you Divinity Defense Dungeon Edition VR. Inspired by mythology, this game will test your endurance and your time-management skills. Build towers, upgrade them, and do everything you can to survive the onslaught. Apart from building towers, you will also be able to use spells and other stuff to finish off the enemies before they reach your base.

6. Ropewalker VR
Ever wonder what it feels like to be a ropewalker? Well, now you can try this experience first-hand. Ropewalker VR is an interesting title which puts the player in the skin of a circus artist. Visually-stunning and challenging, this game will require more than hitting a few random buttons. You will have to tilt, mash, and anything in between to make sure you reach the end of the rope unharmed. Because everything takes places beneath the circus’ dome, you will be able to look around, and, of course, to add crowd.

Conclusion
Sadly, we have reached the end of our article on great games you can play on you Utopia 360 VR. To wrap it up – this headset is what you might call an eye-opener. Although it looks more like a toy than an actual device, it does have a way to surprise you. What we’ve written about is only a small fraction of what you can actually play.