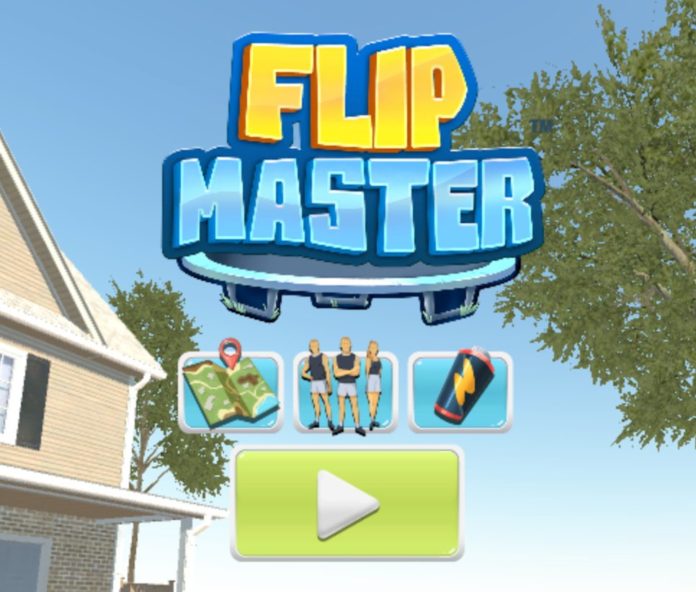 Did you play Flip Diving during its heyday? If so, you were probably one of the millions who became addicted. That 3D, arcade-style single-player title topped the mobile gaming charts in more than 50 countries. Well, Flip Diving creators MotionVolt and Miniclip have done it again; Flip Master is here to take over the world.

Flip Master on Poki takes the human flying experience to new levels. In this game, the action can be nonstop. Flip Master is all about chaining together bounces in big combos. This is in stark contrast to Flip Diving, which consisted of individual jumps. In Flip Master, skilled players can bounce for several minutes without stopping. Simply playing cautiously can also result in longer rounds. As such, Flip Master makes the best part of Flip Diving—the action—even better. 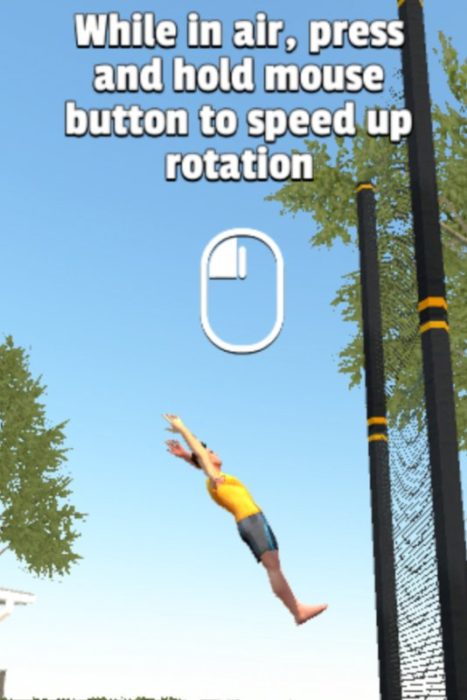 The controls in Flip Master are equally good, with simplicity trumping complexity. Flipping, twisting, and landing safely is as easy as clicking the mouse. These controls are equally simple on mobile devices, with on-screen trick buttons and swiping capabilities. There is truly nothing to memorize. If you can click, you can flip.

There are more than 10 trampolines in Flip Master, divided into 8 levels. The first level, Backyard, is the most basic. It consists of a round trampoline in, oddly enough, the driveway of a house. The Backyard level is the perfect starting point, with a standard trampoline that isn’t too powerful. Also, you’ll learn how certain mistakes have hilarious results. For instance, you can fly off the trampoline and land on the roof of the house. If you soar in the other direction, you’ll land on the car parked in the driveway.

The other levels are even more interesting and dangerous. Several, such as Circus Stage and Trampoline Park, feature multiple bouncy platforms. Circus Stage includes a large trampoline flanked by a pair of smaller ones. The additional trampolines are more forgiving, as they provide extra safe areas on which to land. Certain levels feature one big, modified trampoline. Mountaintop hosts one of the most extreme trampolines. Advanced players can execute superhuman flips as they jet towards the clouds. 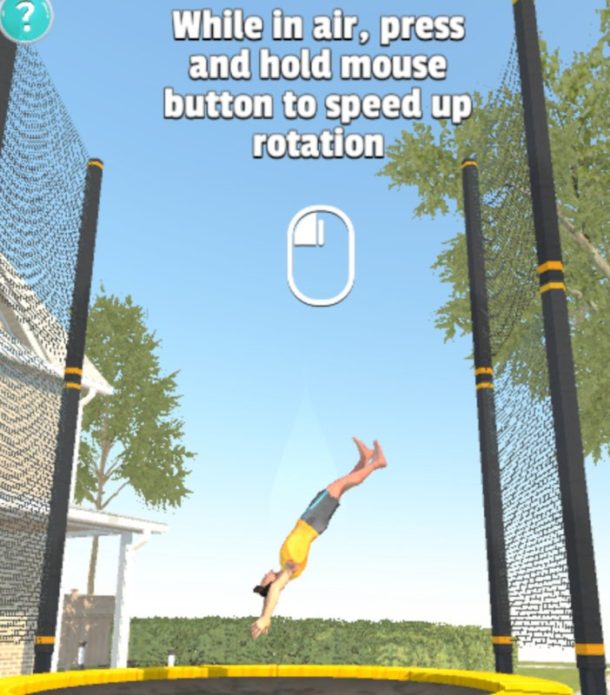 Flip Diving players will remember that game’s cast of interesting characters. Flip Master is no different, featuring another slew of intriguing athletes. You’ll begin as The Dude, a regular guy with regular abilities. His female counterpart is The Dudette. After those two, the jumpers get weirder. There’s Big Dave, a heavy guy whose weight plays to his strengths, and the masked, ever-agile Ninja. You can unlock sets of clothes and hairstyles for each athlete. No two jumpers look the same, with or without add-ons from the shop.

There are more power-ups in Flip Master than necessary. The nearly dozen bonuses last for either 90 seconds or two minutes. Superspin, Superjump, and Superpush enhance the corresponding skill. Coin power-ups, such as Rain, Bouncing, and Magnet, give you the potential to earn more gold.

With so many power-ups, jumpers, and trampolines, Flip Master is flipping worth it.