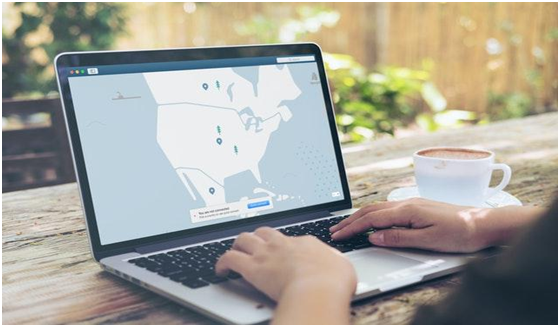 The name itself comes from 5th Generation of wireless network technology. As you can see, there is no internet in the title. The 5G technology isn’t used only for internet; the internet is just a way of sending information from many. A 5G can also send images, data, etc. if there’s an established connection. For example, some drones already use 5G for transmitting live video footage.

Currently, they’re only testing the limits and capabilities of 5G; it’s not known when it will be available worldwide. One of the first locations where you could try the real power of 5G was in Chicago in 2019, where they’ve set up 5G towers in certain places.

First of all, the 5G towers are just is just a transmitter, being next to one, won’t give you access to 5G internet. For that, you’ll need a 5G capable phone. For now, only a few phones have 5G capable receivers built-in. One of them is the Samsung Galaxy S10 5G or S20 5G. It is so rare to have a 5G capable phone, that it even shows up in the name, as a spec.

Let’s get into details. As you may or may not know, the wireless networks are working on high-frequency waves. The 4G only worked on 6GHz, but 5G will work from 24GHz to 100GHz. Which means the waves are bigger, and that’s why it can support a larger bandwidth and a faster data transfer.

But there is a bummer. The thing is, the higher the frequency is, the shorter the connection range will be. This means that you have to be closer to a 5G source than you’ve been to a 4G source. That’s the thing most of the people are worried about. But in fact, there is nothing to worry about.

Another thing about 5G is that the signal travels in a straight line. So any massive object, like a wall, tree, car, can easily block the signal from the transmitter. Some say that even raindrops can weaken the signal.  That’s why at some points, next to the signal you can measure speeds like 2.1Gbps, and on the next street, around the corner, the rate will be only 60Mbps.

That’s why more 5G towers are required to have a constant connection. And that’s in the main thing what bothers most of the people.

Why is it better?

That being said, why is 5G better? The keyword for the new generation internet is speed. Every new generation of wireless connection is significantly faster and more capable than before. Just think about how much faster is the 4G network than the 2 and 3G.

To be more exact, an average 4G network has a 37-40 Mbps, while a 5G can easily provide a 60-80 Mbps. But it depends on the provider, and on their technical efficiency. In some points in Chicago, there were record numbers of 2.1 Gbps. Not bad huh?

What can it be used for?

Besides the little logo on the top of your phone that says 5G, there are a lot of benefits to 5G. The first one is the faster data transfer of course. This means that any video on YouTube and movies on Netflix can be instantly played and navigating through or skipping without a second of buffering. All that in Full HD of course.

Also, games, document or photos that take up more space will be downloaded much faster than before. The best effect will be seen on real transmissions, like Facebook lives and live games. There won’t be any glimpse of a second difference between your movement, and what the other players see. Lag will be a forgotten word. This will have a massive impact on FPS games, or online multiplayer games like blackjack online, where you can simultaneously talk to others, and see the outcome of the round. Video chats or VR streams won’t be a problem anymore. This could be the base of the holograms, so we can talk like the Jedis in Star Wars.

But there is more than games. It will help other industries as well, like hospitals. For example, the doctors and surgeons will be able to wirelessly control robotic hands, being on the other side of the country. It may seem irrational, but with a well-developed system, it could work seamlessly and safer than ever.

Like all things in life, the 5G comes at a cost. The thing is while the download speed is great next to a tower, there is still some bad experience with the upload speed, which is still very low. Currently, it’s only a few Mbps more than a 4G. This means that you can only download fast high-resolution files, but if it requires some edit and upload, you have to wait a bit longer. Also, there is no possibility to stream in a higher resolution, or streaming VR videos yet.

The other thing is that those 5G receivers in phones require more power. That puts a lot of pressure on the battery. Which means the phone will eat up more battery, and thus will heat up much faster. That is the main reason why the Galaxy S10 5G has a bigger battery than the regular Galaxy S10.

The technology is excellent, but it seems kinda raw. It has great opportunities in it, but our devices are just not enough to access it properly. Yet, the future is in front of us, and I’m sure there will be great technologies to match the possibilities of the 5G. But my advice is not to spend on a 5G just phone, especially if there is no 5G tower near you. These 5G capable phones are at the first generations, and there is a lot of work on them with the battery and the upload speed.