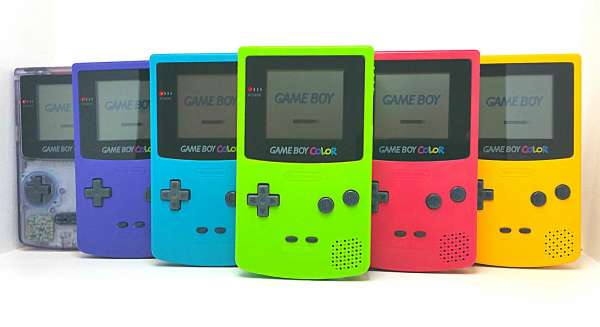 The Gameboy Color, released in 1998 was an immensely popular console and remains to be to this day. There were multiple limited editions, exciting color variants, and it was twice as fast as a regular Gameboy. The Gameboy Color has recently become popular again, and even though yours is probably hiding away in your dusty attic, it could be worth a lot of money.

The rise in price of Gameboy Colors can be chalked down to a few factors. One, no one can deny that retro game consoles are cool again. They’ve become a rare collectible, and picked up with the increasing popularity of Pokemon Go. In fact, the price also steadily increased as Pokemon Go was just picking up. Ever since 2016, the Gameboy Colors have been valued at a high price (similar to what you’d pay for a used PS3 Slim or even PS4 console). Many thought that its prices would go back down with the death of Pokemon Go, but here we are in 2021 and the Gameboy Consoles are still worth a pretty penny.

Before you try to sell your gameboy color to get a bit of cash, it’s worth doing some research to find out the exact worth — usually dependent on the edition and the cosmetic condition, so that you really get your money’s worth! We’d hate for you to lose it, especially since some gameboys are going for $700 (that’s more than a PS5).

And if you’re planning to buy one of them, it’s useful to know the difference in price between a brand new gameboy and a pre-owned in near mint condition.

The Atomic Purple gameboy has the Gameboy Color console and is one of the most popular gameboys. Compared to the Grape GBC, this one has a translucent purple color and is priced similarly to the other color consoles.

A loose Game Boy Color Atomic Purple is about $57. This is the average of the units being sold currently, mostly on eBay and Amazon. A loose unit is a gameboy that’s without the box. It also doesn’t contain the manual. Usually, the game boys that you receive as Loose Units also include the Used and Greatly Used consoles that have the most visible cosmetic damage. However, if it’s not working, it will usually explicitly say so. A dysfunctional Game Boy Color Atomic Purple would sell for around $30.

A complete Game Boy Color Atomic Purple would include the console, the box and even the manual. This means it was either minimally used, or kept in great condition. Sometimes you’ll even find stickers on the back. The Complete Unit price would be around $127.

A brand new Game Boy Color Atomic Purple, still sealed inside the box can easily go for around $500 or more.

If you somehow found just the box — that sells too. The box of the Game Boy Color Atomic Purple sells for about $30. 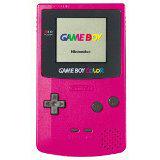 The berry Game Boy, a deep pink colored console has had some serious price fluctuations over the years. Right now, it’s not as in demand as the other colors and is definitely lower priced than the Atomic Purple.

Let’s look at the current prices for the Game Boy Color Berry.

The average price for a Loose Unit is $50.39. This includes loose consoles without the box, gently used or even heavily used consoles, provided they are all in working condition.

At $77.04, the complete unit price of the Game Boy Color Berry is not as high as the Atomic Purple, and only a little more pricey than the Loose Unit price. So if you’ve taken the trouble to take care of your Game Boy Color Berry in a box over the years, we’re sorry! You might want to wait a bit for the price to go up — or try your luck quoting higher prices.

Just the box of the Game Boy Color Berry will currently sell for $42.09 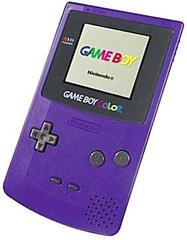 This dark purple grape-colored Game Boy is in reasonably high demand. The highest price it has ever taken is in March 2021, currently, as it is going for $699 for a brand new console. The lowest price for the Game Boy has been in May 2019 for $27 for a Loose Unit.

The Game Boy Color Grape currently sells at around $52 for a loose unit and used condition.

A complete unit, including box and manual would be priced at $131. This is quite reasonable.

The brand new Game Boy Grape is priced at $699 and this is the highest it’s ever been. For those looking to buy, consider the Complete Unit at $131, a fraction of the cost.

This bright lime green game boy is a favorite of many. It’s not one of the rarer game boys, and you’ll find plenty of used ones on Amazon and eBay.

The current price for a used and loose unit of the Game Boy Color Green is $57.

A complete unit of the Green Game boy is $140. This includes the box and the manual.

$56 and $35 for the box only and manual only respectively. 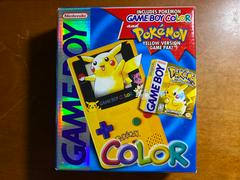 The highest price that the Pokemon Special Edition Gameboy ever held was $850 for a Brand New unit back in February 2015. Another special mention has to go to May 2013, when a Complete Used Unit was going for $799, which is remarkable and unprecedented for a used Gameboy Color console.

The lowest price it was ever sold for was $39 back in October 2013 for a loose unit.

Here are the current prices:

A loose unit and used one would be at $89.45 on online websites. Though you can easily quote higher.

At a whopping $500 the Complete Unit is quite a splurge for a used Gameboy console, albeit in perfect condition. There are about 2 sales per year at this price.

As expected, a brand new unit for the Pokemon Special Edition Gameboy would be currently priced at $799.99.

The graded price refers to a console that is brand new and sealed as well as graded by a reputed gaming authority. A graded Pokemon Special Edition Gameboy goes for around $2,280.

Whether you’re looking to buy or sell a Gameboy Color, you’ll greatly benefit from checking out the prices, since they can vary with different colors and editions.