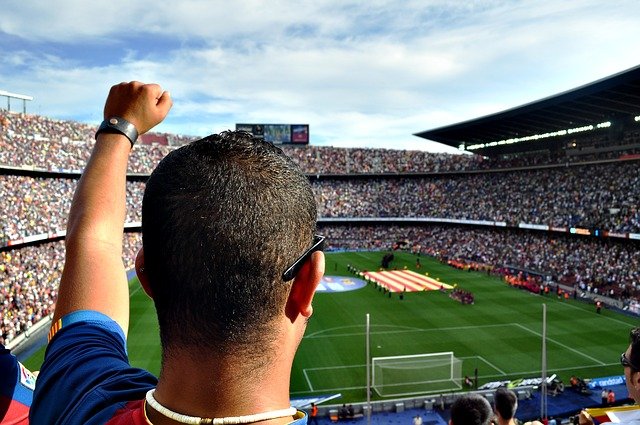 Day by day the realms of sports, Esports, and online gaming become ever more intertwined, as traditional sports are adopted by the online gaming community and vice versa. This can be seen in the way that a whole host of sports content now floods platforms like YouTube, while many top sports pros also now engage with online games, and even go as far as to be testers for them, becoming famous for their exploits both on and off the pitch.

There can be no doubt that the rise of the internet and the tech innovations that have come with it have completely revolutionized the way we consume sports content. Here we take a look at exactly how, as well as hypothesizing about what the future might hold.

While the cost of watching live sports in person has become astronomical in recent times, tech disruptors have been bringing down the cost of viewing sport online and on mobile

One of the main changes that technology has brought about in the sporting sphere is that it has altered what were formally seen as games to being Esports, and in some cases turning them into fully-fledged sports.

Some good examples of this include the likes of chess and poker, both of which have defied expectations to now be recognized as bona fide sports. Part of what has made this possible is the way that such sports have harnessed the power of live streaming platforms such as YouTube Gaming and Twitch. Indeed, some of the biggest streamers on such platforms – who regularly broadcast sports action to tens of thousands of followers – are chess grandmasters and poker high rollers. As other sports follow the lead of poker and chess in having their fans transition from TV to Twitch, it is becoming clear that the future of sports broadcasting will probably resemble something like the popular streaming channels that poker’s Lex Veldhuis and chess’ Hikaru Nakamura currently run.

Just as streaming platforms become the go-to places for up-and-coming sports, live streaming apps are going a step further, disrupting some of the biggest traditional sports markets on the planet. A great example of this in action is DAZN, which has already established itself as a global player in sports broadcasting, spending big bucks on rights for everything from the NBA to Spanish football’s top league, La Liga. By being agile and not limited to certain territories, DAZN and others like it are able to offer incredible sports schedules at a fraction of the cost of a cable package.

Another advantage that such streaming services have is that they are ready-made for mobile users, who don’t want to consume sports content on a cumbersome television set. Traditional sports broadcasters are already scrambling to keep pace, launching their own iterations of streaming services. It remains to be seen which side will win out in the end.

Social media has helped fans go behind the scenes whenever they want, rather than having to rely on legacy media broadcasts and reporters to get them there

In a piece such as this it would be remiss of us not to mention the impact that social media platforms like Twitter, Instagram, and TikTok have had on the sporting world. Such apps have given fans and indeed journalists the sort of unfettered access to sports stars that they always dreamed of. Want to know what Tom Brady had for breakfast before the Super Bowl? No problem. Wish to listen in on a Premier League team talk during a half-time break? Just tune in and listen up.

Of course, some sports teams and their charges have begun to tightly regulate how their respective social media feeds are used, worried that too much information may be given away about their operations. However, there are always one or two extrovert players who will let the side down and delight fans by letting them in on all the juiciest gossip and trade secrets.