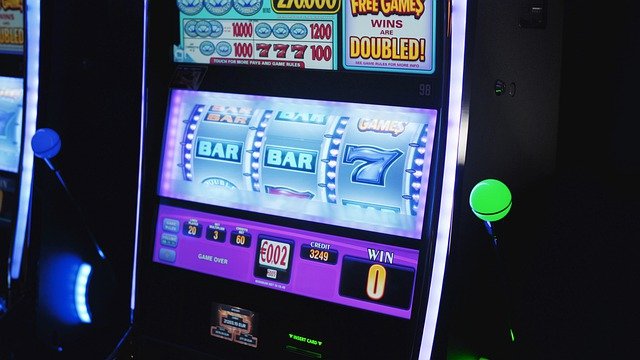 Online slots have been around since 1996, and they have dominated internet gambling ever since. However, new player demographics today differ drastically from those that filled casino floors in the 1990s and 2000s.

Modern gamblers, people in their twenties and thirties, have grown up in an age where video game consoles such as the Super NES and PS1 were a common item in most average households. Thus, they crave more interactivity from the online gaming experience than what classic table games and reel-spinners can provide because that is what they have learned to desire.

Yes, blackjack, roulette, and slots are timeless picks. Unfortunately, they are not as appealing to younger generations who find the luck-based model stale in unexciting. That is why new casino sites have begun incorporating shooting games that mix in a skill element. It is paramount to understand that these are not entirely skill-based gambling options but games where expertise can only slightly lower the operator’s house advantage. No one can get so good at these shooters that they will continuously come out ahead when they sit down to play them. In essence, they only feature more interactivity to give players a greater sense of control, that is all. Below, we list three quality options.

Realtime Gaming is one of the pioneers of online casino software. It is a company that got established in 1998, in Atlanta Georgia but moved its development to Costa Rica in the late-2000s after getting acquired by Hastings International, Curaçao, Netherlands Antilles. RTG received notoriety for being the premium supplier of internet gaming products that target North American players. In 2018, it released Fish Catch, an online competitor to popular fish table games available at many US arcades. Titles in this genre allow players to fire projectile weapons at aquatic creatures moving around the ocean’s depths en route to prizes. In slot lingo, Fish Catch is a low to medium variance title with a max bet size of $100.

Betsoft is a Malta-based game developer that got up and running in 2006. Similar to Realtime Gaming, it also supplies non-US-sites that target US players. It is a medium-sized privately-held company that has won many awards, including Mobile Gaming Provider of the Year, in 2018, at the Malta Gaming Awards. It has a reputation as the top 3D product provider in the interactive gaming space. In 2018, it decided to branch off into the shooting genre with its original Max Quest game that utilized the fish table concept. It proved a massive success for this Malta-based company, which has since churned out four sequels, of which many consider Dead Man’s Cove the best one. It features RPG gameplay elements and draws massive inspiration from the Pirates of the Caribbean movies.

Playtech is a powerhouse of the online gambling industry. It has been active since 1999 when it began its operations in the Isle of Man. It is the brainchild of Israeli entrepreneur Teddy Sagi, and it is responsible for many concepts that are now widely present in this sector, such as live dealer tables. Space Invaders is a shoot’em up title developed by the Taito Corporation in 1978. It ranks as a milestone in arcade gaming. The goal of its gameplay is to defeat waves of descending aliens by shooting them with lasers. Playtech’s slot of the same name captures much of the magic of the original machines while adding a gambling twist. It has an RTP of 96% and medium variance.