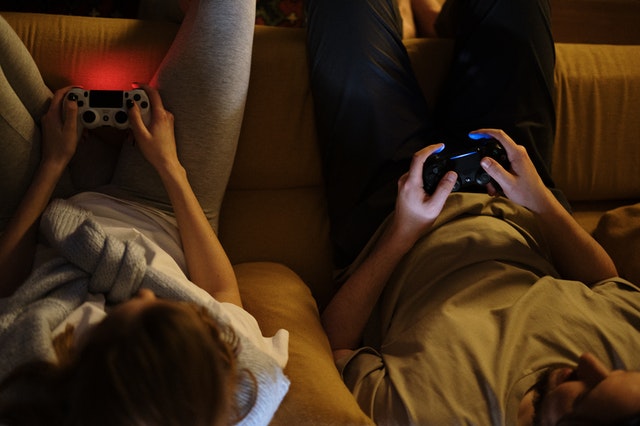 Considering how games can be great stress relievers and can get addictive very quickly, it’s no surprise that the market for mobile games is expanding rapidly. In 2020, there were a total of 80 billion mobile game downloads globally.

One of the key contributors to this rapid rise is multiplayer online battle arena (MOBA) games. In this article, we’ll discuss some of the best MOBA video games most played by gamers worldwide. You never know, you might just be the next MOBA Champion.

Vainglory is one of the best free MOBA games that allows gamers to compete with others around the world. This award-winning MOBA game comes with amazing graphics and precision controls. It also allows you to partner with your friends and team against others on desktop and mobile platforms anywhere.

The game features several play modes you can choose from. Have fun with your friends or engage in competitions playing a quick five-minute brawl or an entire five-on-five battle. Vainglory has unique, fascinating heroes that you’ll love and skins for customizing your characters. These skins are not sold to you. Instead, you earn them while playing the game.

This game’s override feature is fantastic, as it allows you to unlock a skill in the middle of a battle after it has been leveled up. It also enables you to inflict massive damage on your opponents.

For all you Marvel comic fans out there, this is just the game for you. There is no need to keep going on and on with your friends about which marvel superhero is stronger, faster, and more skillful. Now, you can let Marvel Superwar do the talking.

The game offers you more than 91 playable, unique superheroes you can choose from. You can also customize your characters with skins and avatars you collect from playing the game.

Choose that marvel character that you are obsessed about, and fully tap into their powers while you battle it out with friends and opponents all over the world.

Team up with your friends and battle it out with other enemies globally in the new classic MOBA game, Arena of Valor. The game offers you various playing modes, from a 5 vs 5, 3 vs 3, 1 vs 1 all the way down to the distinctive “Hook Wars” that helps you build your skills through a series of challenges.

Unlike other MOBA games, this one provides instant matchmaking with other players all over the world, as well as a lineup of more than 100 ferocious heroes, including tanks, assassins, warriors and mages. At the touch of a screen, you can access all of the remarkable battle features that a MOBA game has to offer, including double kills, triple kills and first blood.

The best part about this game is that it is completely free and can be played on both Android and iOS platforms.

Mobile Legends stands out as one of the classic MOBA games of our time, with solid, eye-catching graphics and easy-to-learn controls.

Party with friends to combat against opponents around the globe in real time. One of the app’s coolest features is its fast matchmaking feature that ensures you are matched quickly with an opponent online.

Another awesome feature about the game is its innovative offline AI assistance. When a team member drops out due to a failed connection, this feature allows seamless game continuity. While you try to reconnect to the internet, the game’s AI takes control of your character. This feature prevents your opponents from winning because one of your team’s players connectivity was down.

Be a part of the new free-to-play, five-on-five MOBA game and battle it out with other opponents online in action-packed, 10-minutes battles. This game thrives on humor and comes with several unique characters that you can select.

You can choose a set of game-playing modes, including bomb touchdown, jungle rewards and capture the flag. Join forces with your friends and use each other’s combat skills to wage war on your opponents.

The introduction of MOBA in the mobile gaming market has increased the popularity of gaming overall greatly. The numbers are striking. Each year,  the industry makes billions of revenue from downloads alone. MOBA games are intriguing and also packed with irresistible battle features. So, go ahead and download some of the games on this list, and don’t forget to share your experiences online.