The much-anticipated release of the Cyberpunk 2077 video game has drawn video game fans all over the world. The hype of the game has overflowed into the fashion scene, where fashion enthusiasts and streetwear fans have also taken inspiration from the dystopian and steampunk fashion and style of the video game characters. It is another exciting collaboration of fashion and gaming that the young generation of this millennium will embrace. From hairstyles to clothes and accessories, there are a lot of style inspirations that this new game will bring.

Here, we will share some amazing style ideas from Cyberpunk 2077 you can use. 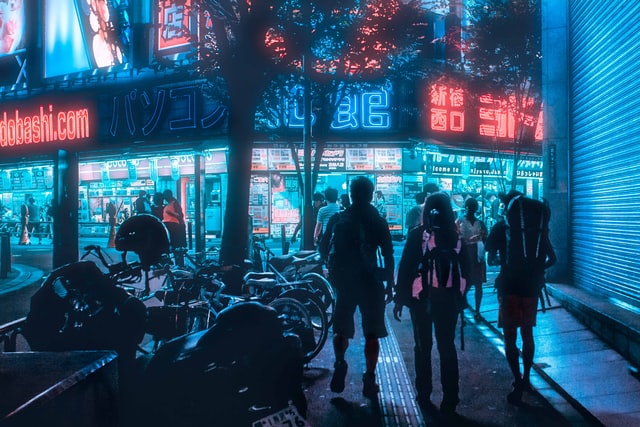 Jackets are one of the most noticeable outerwears worn by several Cyberpunk 2077 characters, especially by the protagonist, V. Dark-colored jackets never go out of style and fashion experts from steampunk clothing can attest to that. No matter what the time – whether the present or dystopian future – jackets will always be present. Jackets have that timeless appeal and an air of mysteriousness that make their wearers look enigmatic and interesting. Coincidentally, Cyberpunk 2077’s theme has the makings of a steampunk genre, which makes steampunk-inspired and futuristic jacket designs a hit among Gen-Z and millennial fashion fans.

Another eye-catching style from the game is the use of high collar vests, which are worn by both male and female characters. Throughout the game, you will find different vest variations and you can make real-life counterparts of the in-game vests. Like jackets, the aesthetic appeal of vests never gets old and it will likely become a trending fashion statement for next year.

Technologically enhanced shirts and netrunning suits are commonly featured in the game. Although there are no real-life counterparts yet for light elastomer or nanoweave netrunner suits, dark shirts and bodysuits make good alternative styles. Shirts with the Cyberpunk 2077 game title print or other prints associated with the game will likely become sought-after game-inspired merchandise in the coming months.  Some notable examples are the “Samurai” text with or without the oni mask design or the famous line “We have a city to burn”. Elastic bodysuits will also take on a bigger role as a revolutionary cyberpunk-inspired innerwear and fashion style and may even become mainstream casual wear in the future.

Valerie, the main character V’s female version, and other female characters can often be seen wearing tank tops in the game. Tank tops are not just worn for comfort and aesthetic appeal, but also as a symbol of badassery and female power, thanks to the game. Strong female characters in movies and video games often wear tank tops, making it a key fashion feature in Cyberpunk 2077 as an innerwear for female characters. Tank tops in real life also follow the same concept of comfort, beauty, strength, and power, and like the game, they go well with various outerwear such as jackets, vests, blazers, and others.

This seemingly seasonal casual headwear is becoming a trendy fashion item thanks to the game. The in-game headwear is called an Ordinary Tactical Balaclava with Reactive Layering, but for new gamers and non-gamers alike, the name itself doesn’t sound ordinary at all. The game version has built-in neurocircuitry, granting the user an intimidating, futuristic look with enhanced cybernetic abilities. In real life, balaclavas are used as an inner protective cover for helmets and protective covering against elements but they are also gaining attention as fashion items due to their use in movies and video games.

The game features different sunglasses and other pieces of eyewear that are making a statement for the characters. Visors, biker glasses, and aviator glasses are featured frequently as common face accessories of the characters. Sunglasses still retain their protective and aesthetic qualities in the game while visors are added with high-technology capabilities to give the game an awesome and convincing depiction of the future. Aviators are iconic pieces of eyewear and are fashionable to wear along with most casual getups. In-game characters look sleek and stylish with these glasses on, and real-life wearers of aviators will likewise achieve that look. We are expecting a surge in popularity and sales of aviators due to the influence of the game.

A wide variety of pants are worn in the Cyberpunk 2077 game, most noticeably the tactical pants. It is an action game, after all, so you need to have a getup that is also suited for action. The game does not always end up in gun battles and combat scenes, and characters mostly find themselves in regular situations where casual outfits are needed, such as going to work, attending parties, going around the city, and other regular activities. For regular in-game activities, the characters wearing slim-fit pants, loose-fit pants chinos, and pleated pants. The in-game casual wears are also fashionable lower-body outfits for both men and women in real life.

Girls are sexy, stylish, and hot in Cyberpunk 2077 in these outfits. They symbolize freedom, independence, and girl power, making the ladies in the game badass as they are hot. Again, it is not all action in the game, and you will get to interact with many female characters wearing these hot outfits to spice up the game a bit. While these outfits are already a hit in real life, dark shades and neon prints will get a chance to get center stage in the color and design variations.

A wide variety of stylish shoes are worn by male and female characters in the game. Guys wear casual and practical footwear like high-tops, sneakers, and boots, while girls wear pumps, wedges, and platform boots. Shoes make the men and women who wear them, and the game showcases pairs of footwear complete the stylish and badass images of the characters. Casual footwear goes well with most casual clothing in real life, and we will see more girls wearing pumps and wedges as a trending fashion style. 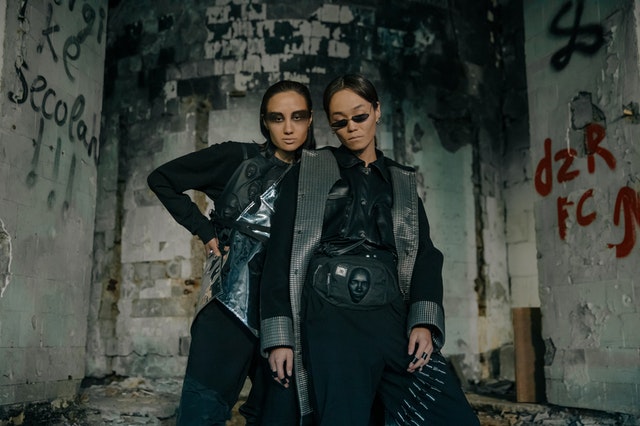 The release of Cyberpunk 2077 is sending waves of excitement and anticipation from gamers and fashion fans. The year 2021 will be an exciting one as this fusion of gaming and fashion will surely make trends. It goes to show that even games inspire great outfits and fashion styles.