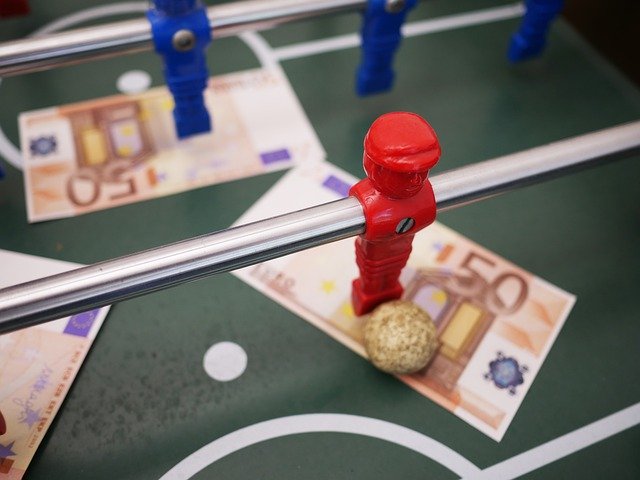 Probability plays a role in aspects of everyday life and is a common term that is associated with gambling. Anyone that has played any casino games at land-based or casino online will have heard of probability. This is a prediction of an outcome. It is a mathematical chance that something will happen. Aside from being used in the gambling sector, this probability theory also comes into play in real-life situations. By analyzing random events and predicting an outcome, the probability is used in many areas of real life.

The outcome of any random event is determined by chance, but with probability theory, people try to predict that outcome. This is done in many ways and if you stop to think, you use the probability theory hundreds of times throughout the day when making decisions. Here are some ways in which this theory is applied in real life.

You will see the probability theory being used every day when weather forecasts are being predicted. This is the process of assessing how an event can occur and the probability, or percentage, that it will actually happen. With weather forecasting, this is always being used. For example, you may see there is a 40% chance of rain. This is the probability at work. Professionals that work with the weather are constantly using data to collect information that will allow them to predict weather changes and patterns. The result of this data gathering is a percentage that a certain weather event will happen.

The probability theory is commonly used in insurance to determine rates when creating a policy. This applies to all types of insurance. The theory is used to predict possible outcomes in the future and this will affect the cost of the policy. For example, with car insurance, a company will use data on a driving record of an individual to determine if they are an at-risk driver. Companies will also look at the overall accident rate in a city as well as the number of people living in a certain area. This will affect the probability that they may get into an accident, which can increase premium prices.

The theory of probability is very common in the world of sports and is often used by athletes as well as coaches to determine best strategies when planning for an upcoming game or event. For example, a coach of a baseball team will take a look at a batting average of a player before placing them in a position in a line-up. Using stats and data, sports strategies can be formed that will provide a team or athlete with an edge.

Many people all over the world purchase lottery tickets in hopes of being the next big winner. While most know that is it very unlikely they will hit the jackpot, they continue to play these games hoping to beat all odds of winning. For example, a game that offers millions in payouts may attract 10 million players. If you buy just one ticket, your chances of winning are 1 in 10 million. No matter what type of lottery game is played, there will be probability involved. Lottery draws and instant win games all make use of a probability theory to predict the chances of one single player winning a certain prize amount.

This is where most people will be familiar with how probability works. It is the chance that you will win when playing any game or placing any bet and is often expressed in odds. Probability is used to determine the possible outcome in all casino games, from card games like blackjack to slot games. This not only affects the outcome of any game but is also used by players to determine whether a bet is worth placing. Skilled gamblers and bettors will use various pieces of information such as odds of winning, size of a bet, expected value, and other things to determine whether they should place a bet. The theory of probability comes into play during any gambling session, whether one chooses to engage in play at online casino or if they are betting on sports events or horse races.

When it comes to the world of politics, the probability is used for many things. It can be used to help predict the outcome of an election. You can also see this theory at work when forecasting economic standings in various countries or when a government agency predicts unemployment rates. Most people will be familiar with probability as it applies to major elections. They will watch as elections take place and will see how some states are predicted to vote one way or another. The probability will provide an overall outlook at how one candidate is performing based on the possibility of winning, the possible number of electoral votes, an estimate of the popular vote, and many other things.