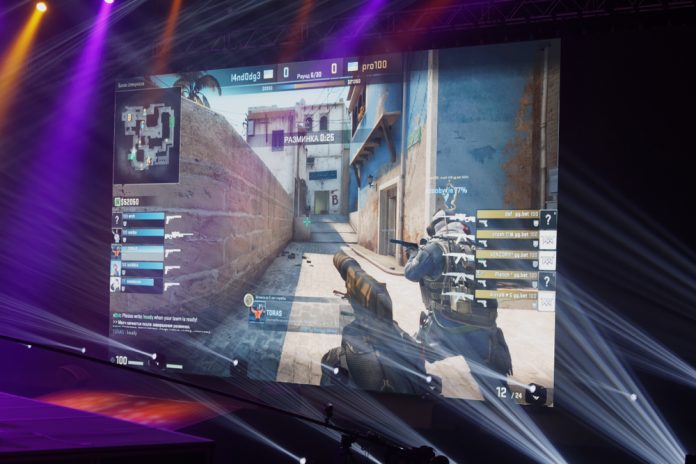 CSGO is the world’s premier tactical first-person shooter. It is a simple 5 vs 5 game that pits two teams whose main goal is to either eliminate the enemy team or get the objective. This objective changes because of the differences in the sides.

The terrorist side needs to either eliminate the enemy team or successfully plant the bomb and let it explode. On the other side, the counter-terrorist side will have to either frag all five enemies or defuse the bomb when it’s defined. There is a third way that CTs can win and that is running down the clock. This model has taken CSGO to unreal heights because it is easy to follow.

The CSGO esports scene has been one of the most consistent in the world because of its overall quality. It is one of the exciting games to watch because fans can understand what is going on easily.

It’s not a surprise that CSGO is one of the top choices when people partake in esports betting in Bitcoin. There are many occurrences that may transpire in a game so this gives bettors a lot of markets to bet on.

CSGO continues to be exciting

A good CSGO match is thrilling and there are a few games that can match that kind of feeling. You can easily see how talent can seep through a screen because the CSGO esports scene has some big-time players making amazing plays all the time.

The tournaments that you can watch typically have some big plays from clutch rounds or even aces, CSGO has so much to offer. There is an exciting moment for everyone because people can like a flashy play with multiple frags but there are also some brilliant tactical moments sprinkled into these tournaments as pro players test the limits of the game.

As you watch any CSGO tournament, you can see that they ramp up the excitement for loads of fans around the world. When it comes to the LAN events, you can see fans getting crazy as they show genuine emotions when they watch big plays unfold.

While the likes of Oleksander ‘s1mple’ Kostyliev and Nikola ‘NiKo’ Kovač still serve as the world’s premier stars, new stars are popping up regularly. In early 2022, there is already a new player on the doorstep of superstardom and it’s NiKo’s G2 Esports teammate Ilya ‘m0NESY’ Osipov.

CSGO is a huge game in Europe where there are new players who pop up regularly. This is important because star players drive teams forward and they are emulated by the fans at home. With players like m0NESY showing that new stars are possible, you should expect that more are on the way to take over and possibly replace s1mple and NiKo in the future.

If you look at their tenure in CSGO, you can see that they’ve had a few challenges. However, none are bigger than Mathieu ‘ZywOo’ Herbaut from Team Vitality. The Frenchman has been crucial to their success over the years while s1mple and NiKo managed to pull off some amazing plays because they were inspired by a new star on the block.

CSGO esports is not only thrilling to watch but is exciting in almost every aspect. From the matches that you watch to the roster shuffles that happen every few months, CSGO continues to be amazing because it provides people with the most robust esports model.

You can tell that CSGO’s esports scene is amazing due to the quality of tournaments that they have. It’s difficult to find out about a bad CSGO event because of the quality of the games and the broadcasters do a good job of staying updated on the scene.

There are only a few games that can match the hype that is around CSGO. Of course, Valorant has taken a large chunk of the CSGO player base but you can still have fun with CSGO as the top esports game.

Hopefully, you can have fun with esports betting in Bitcoin and turn into a CSGO fan since it’s such a good game to watch and bet on.