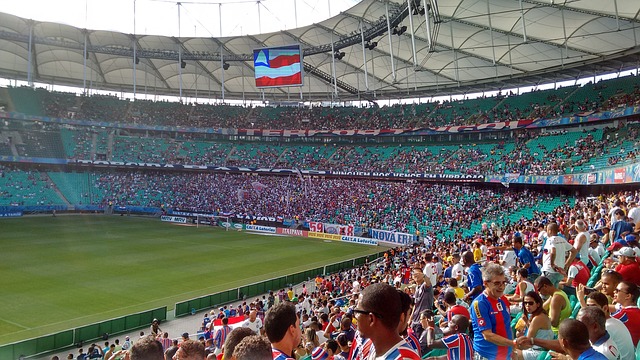 Mobile gamers all over North America are going to be very excited by the news coming out of Vancouver recently – especially those looking to get in on more competitive style tournaments than what the mobile community generally has running right now.

GoodGamer, one of the most impressive fantasy gaming and eSports technology companies in North America, has announced (through their CEO Charlo Barbosa) that brand-new “real money” tournaments are closer to being established in Canada, the United States, and Mexico than ever before.

This is all being done through the Tournament Management Platform developed under the leadership of Charlo Barbosa by GoodGamer. The platform was established to connect gamers from across the world with one another in fun, exciting, and competitive tournaments with real, cold hard cash up for grabs.

What the Tournament Management Platform (TMP) is All About

Pioneered by GoodGamer, and a major pet project for CEO Charlo Barbosa, the Tournament Management Platform is the spearhead initiative from this gaming company to get more competitions out into the marketplace.

Engineered to provide highly scalable and highly available tournament environments for mobile games built on the Unity engine, tournament managers have the ability to really customize the kinds of competitions they put together with this suite of tools.

Head-to-head matchups, multiplayer tournaments, large-scale team-based engagements, and so much more – including regional and global leader boards – are all part and parcel of the TMP system. The whole platform leverages the power of Amazon Web Services and MongoDB Atlas, keeping these tournaments up and running even when participation rates are through the roof.

Putting together tournaments that players will actually want to participate in has never been this easy (especially for mobile gamers)!

Another cool little bonus of the Tournament Manager Platform is that it provides an extra revenue stream for developers that want to offer more value to their gamers without having to invest a mountain of their own money along the way.

By integrating these tools through the GoodGamer Software Designed Kit, these tournaments can be run almost on autopilot, sponsored by anyone that the developers are able to come to agreements with, and can boost the profitability of games big time.

Under CEO Charlo Barbosa, GoodGamer has made huge strides to become more well-rounded in the gaming community.

While the Tournament Management Platform that they have put together is absolutely top-tier, the company is also looking to develop new games, new titles, and new features for the TMP system as well.

Right now, the polishing touches are being put on a GoodGamer overhaul of the classic fan favorites “Solitaire,” and there are a number of other titles that are in different stages of the overall development pipeline.

At the end of the day, the future is looking very bright for this Vancouver-based gaming company under the leadership and vision of CEO Barbosa. Expect GoodGamer to continue to make big moves in the gaming world going forward.