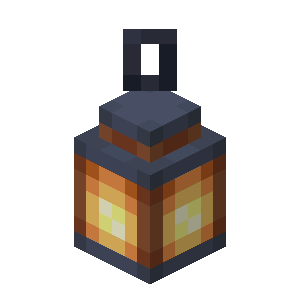 Minecraft is quite a popular game in all age groups. It gives the players a chance to explore different levels of creativity along with imagination. If you can conjure up magnificent structures, you can build them in Minecraft. Players can build anything and everything using their imagination but without the correct lighting no structure will stand out. Minecraft light sources are as important to any structure as is the design of a building.

You can decorate your spaces with the fanciest decorative items but block light Minecraft offers adds more light and looks more attractive for your build. To make your gameplay more interesting there are light blocks Minecraft provides you with. You can use these Minecraft light ideas that look beautiful and provide a lot of light to keep away hostile mobs from your buildings.

Role of Light in Minecraft

The levels of lights are a mechanic in Minecraft that you can use in many ways. There are a few blocks that can filter light like cobwebs, ice, and leaves but they don’t have the capability to emit light.

Let us focus on blocks that emit light in this article. These light-emitting blocks fall in level 15 which is the widest range for light.

Want a cooler, brighter, and classier alternative for the torch? The lantern is what you need. One of the coolest Minecraft light sources is the lantern. Even though lanterns are a new addition to Minecraft as a light source it has become a favourite for many.

You can hang lanterns on the fences and walls. It has a light level of 15, making it one of the brightest blocks in the game. You can make your lantern on your own by keeping a torch in the centre of a table and keeping eight iron ingots surrounding it will give you a lantern.

Campfire is another light source that is at light level 15 and it can be used for spawning in taiga or taiga snow villages. Campfire also helps you send smoke signals in the air that are 10 levels up. The rain cannot extinguish a campfire so you can use it as a compass marker if you ever get lost and can’t find your way back home.

Make a campfire with 3 logs for the base at the bottom, place one coal in the middle and form a triangle over it with three sticks and you have your own campfire.

Interesting name for an interesting block. It is a pumpkin block that looks spooky. You can find it in taiga and taiga snowy villages. You can easily craft with these blocks, you only need to have a torch under a regular pumpkin to make this Jack o Lantern. This one also has a light level of 15.

Jack o Lantern when used as heads for snow and iron golems can bring them to life. With this spooky light source, you can take all your subservient creatures with you to The End.

Glowstone has a mysterious force within it that makes it glow. This one is also at 15 levels of luminance which makes it one of the brightest sources of light in Minecraft. It is scattered around Neither for you to find.

A light source that is water-based, yes that’s correct. Sea Pickles are found in the ocean biomes where they spawn, they are stationary creatures found underwater. The strength of the light source will depend on how many sea pickles are there within it. 4 sea pickles will give you level 15 luminance.

If you have less than four sea pickles, use bone meal to feed the block. This increases the chances of it spawning more sea pickles. They emit light only underwater.

It is great if you know how to deal with Redstone, you can work your way around a Redstone lamp. It works in a similar fashion to Glow Stones but to activate Redstone like a button, Redstone torch, or lever you need a Redstone mechanism.

You can make this lamp by putting 4 Redstone dust in the crafting table’s exact NSEW quadrants.  Place a Glowstone block in the center to finish the Redstone lamp. When lit up, it will give you level 15 luminance. This can be a nice alternative for indoor lighting on home bases or for fortresses.

This is Glowstone on the ocean floor. It is an underwater block that emits light and spawns in Underwater Ruins and Ocean Monuments. With a light level of 15, it is one of the brightest in the game.

The Conduit is a welcoming sight thanks to the unique exterior it has. It also has 15 levels of luminance, both in water and on land. It works like an underwater Beacon. Through the Conduit Power, it provides status boosts and also attacks mobs that are hostile underwater.

Crafting this is a tad bit difficult thanks to its centerpiece item that is The Heart of the Sea and not the 8 Nautilus Shells. Finding these is also another task. The Heart of The Sea can be found as buried treasure but it can barely spawn. The best way to find this is by looking for a dolphin and allowing it to lead to the biomes where buried treasure is found spawning. You can feed the dolphin raw cod or salmon to help you find the Heart of The Sea.

Beacon has a light level of 15, the highest source of light in Minecraft and that can project an upwards light beam. To craft this you have to go on long walks. To make this, at the bottom row you need 3 obsidian, at the center a Nether Star, and on the remaining squares 5 Glass blocks.

You even might have to beat The Wither at some point to make the Beacon. Beacon looks like a cool block that can emit light. If you can build your beacon atop a pyramid that has 4 tiers, you can unlock Secondary Powers. You get granted access to Regeneration.

The end rod is similar to the torch. It is at Light Level 14, which is one level lower than others in this list. These are not block-like items, you can find them around End City towers. They are found in a position where a player has to climb on top of it. These End Rods don’t break even if the supporting blocks are destroyed.

To make this you require 1 Blaze Rod placed at the bottom and on top a Popped Chorus fruit. You can make 4 End Rods with one portion of each.

You might be familiar with the Torch. It has a light level of 14 like the End Rod. You might have also used it several times in your gameplay. For newbies, to make it you require coal and any type of stick. The stick makes the bottom and coal atop it, this will give you 4 torches.

How to make ceiling lights in Minecraft?

Use these 11 best Minecraft light sources in your next project and make your gameplay shine brighter. The right light source will elevate the look of any build and these light sources also have various qualities as mentioned above.