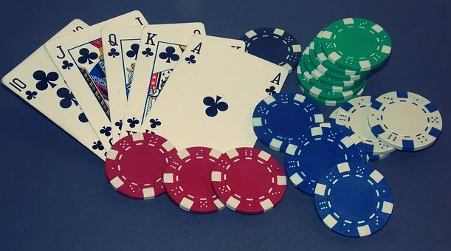 Poker rules are very easy to learn, and an eager student can master them pretty quickly. Solid knowledge of the rules is essential to any player. Yet, there’s much more to this game than a mere set of dos and don’ts. So, after the cornerstones are laid, it’s time to get too serious about the game, starting from basic concepts. This article will talk about the importance of accurately profiling your enemies.

The first step towards anticipating your opponents is to observe their playing patterns. It’s only possible to assess a player’s style by watching every move, every turn of the game. Down the road, you’ll be able to recognise betting patterns and how your opponents behave when they have winning or losing hands. So, the first rounds are crucial, as they can determine the quality of your decisions towards the end of the game.

While observing those around you, you must bear a few questions in mind to assess their style better. For instance, how often do they bet? How often do they raise? How often do they fold? How did a player with a premium hand behave on the pre-flop and the post-flop? The best way to assimilate those concepts, and sharpen your eyes, is to practice with real-life opponents and play at one of the top 10 online casinos to test your skills.

There Are Only Two Kinds of Players

Well, not really. The best ones always try to deceive their opponents, so they’ll hardly embrace a playing style. Doing so would make them predictable to other opponents. However, you won’t be facing any WSOP champion on your table anytime soon. So, most opponents you’re likely to meet will either be aggressive or passive, playing as described below.

Aggressive players usually take the initiative in the game by betting or raising often. There are two kinds of aggressive players: tight and loose. Tight-aggressive participants are less prone to bluff than loose players, but they play every premium hand ferociously.

Loose-aggressive players often try to bully their opponents off the table. It means they bluff a lot, which is a double-edged knife. Calling their bluffs can be very dangerous and also very profitable because those players rarely bet small.

Like the first type, players also tend to be either loose or tight here. For starters, passive players aren’t bold. They seldom take the initiative but behave differently toward aggressive players. Tight-passive players will fold everything that isn’t an obvious win. So, when they start calling, it’s time to reassess the table.

Meanwhile, loose-passive players tend to mimic their opponents, calling bets or raises for no reason. They can randomly call your bluff, but this kind of player rarely lasts long in the tournament. The lack of strategy and perspective makes them vulnerable to more experienced players.

Take those styles into account while creating your own style. You don’t want to be predictable to those around you. Consider mixing a bit of each style. So, you can trick your opponents into folding to your bluffs, rip them off when they think you got nothing, and so on.