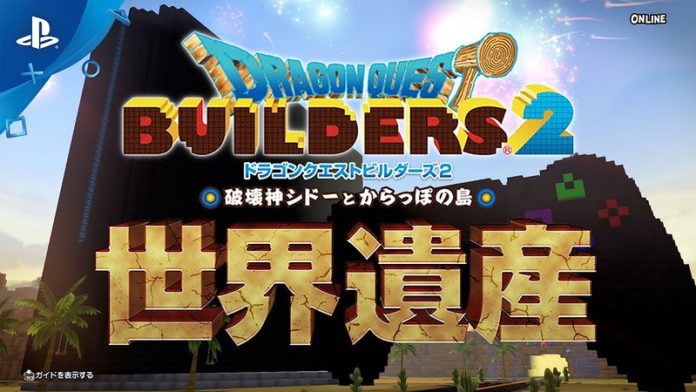 The Dragon Quest Builders 2 is a unique game that has garnered immense popularity. This game’s story is the content that people have been hooked on to and seem to want a guide to through the various exploring shores. So, we bring you a mini-manual for the same, fasten your seat belts; the exploring will make you sit on the edge of your seat.

The Dragon Quest Builders 2 a sequel to the DQ Builders launched in 2016. This new series has been created by Nintendo Switch and PS4 by the developer Omega Force and publisher Square Enix.

With this new installment comes new features that have been most-awaited, such as – flying, multiplayer option, running fast, etc. The storyline of the DQB 2 is long and adding to this, you have extra content that you can explore in the game. To unlock gratitude points, you need to explore other islands apart from a story island that needs to be completed.

Exploring the Shore all the way

When you do arrive at the Explorer Shore, you choose from your character is provided with two checklists of resources which in enlisted upon you to be found. If you find the items, you end up getting rewarded with an infinite amount of a particular item for crafting.

Pro tip: If you find the Echo Flute, it will help you locate some of the items. Your character’s return to an Explorer Shore would be to find an NPC, Monster, or Animal and not just resources.

Unlocks after: succeeds The Furrowfield Island story once completed

Unlocks after: succeeds the Furrowfield island story once completed

Unlocks after: succeeds the Khrumbul-Dun island story once completed

Unlocks after: succeeds the Khrumbul-Dun  island story once completed

Unlocks after: succeeds the Moonbrooke island story once completed

Unlocks after: succeeds the Moonbrooke  island story once completed

Possible Infinite Supply – unlimited supple none, but also is the only place in the game that has the Bamboo supply that would help make items from the Hotto DLC.

Possible Infinite Supply – Unlimited supply none, buts the only place in the game that has Basalt Blob, which would help make the Marine Monument.

Getting the Monster Munchies

As you move along the game and progress into the Dragon Quest Builders 2 game, you are given a recipe that provides instructions to make the Monster Munchies. This would help you tame some monsters and make them follow you, you can bring them to other shores. Once you are done fighting a monster and defeating it, a pink two-person bubble appears over their head on certain monsters. This signifies that you can tame this monster, as not all monsters are not tamable.

Monsters are scattered across the game, and sometimes they can be spot on the map and while others are tough to find. The builderpedia showcases which monster is tameable but tells you how Explorer shore you can find it in. Therefore, to solve this problem of yours, our list below will help:

If you use slime as a mount, you can jump higher, they charge the enemy and produce oil at a bonfire.

Add a Chimera to your party and use it to fly higher, it also cooks if food is left in a chest.

Ghoul: Rimey Reef – Supply a chest and a cask, and they will make drinks.

HealSlime: Soggy Skerry – Imitates Cottontails and cast heal when at your party.

Powie Yowie: Moonbrooke/ Rimey Reef – Use the ice lolly to turn the biome into snow.

Draws enemy attacks when in your party, ride on their shoulders, and break large land sections at once. Place a Terraforma tile down, and a Golem will turn the area into a desert biome. Help build blueprints.

As a mount, they have can double jump, 3 hit combo, and move fast.

With this mini-guide, you are sure to navigate your way through the game far better and wiser. The thrill still remains and is far more exciting to spot them in the various shores and earn your rewards: happy gaming and earning your gratitude points, animals, supplies, and monsters.