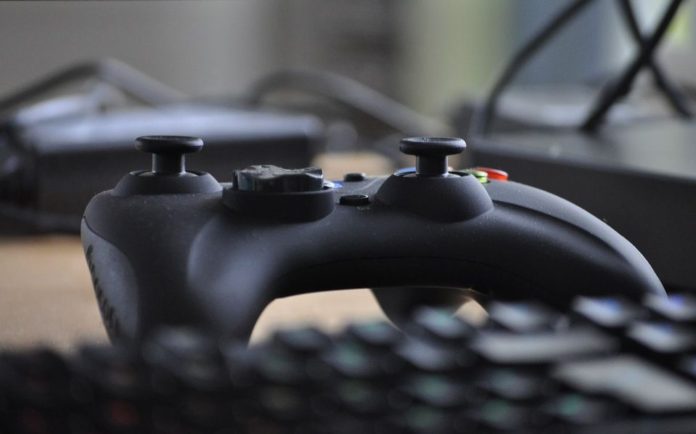 There is a notion in people’s minds that only reading and writing can make one a great writer. People tend to think that only books and other written materials can help you develop a great fiction story. While it is true that writing and reading help a writer, it’s entirely untrue that they are the only ways that one can learn how to create better content because there are other many things that a writer can do to improve his writing. Playing video games can help a writer become better, by following and understanding the storyline, he is able to create his own fiction based on the game. Playing video games can give a writer better ideas and stories to write about. A lot of video games are rich in adventures, twists and turns which a writer can borrow to write an interesting fiction. Although video games cannot replace books as an aid to a writer, they can offer some benefits to a writer to become better.

Let us look at it from this point of view. You play an adventure video game where you are the main character, a cop, seeking revenge for the murder of his family. The plot unfolds in front of your very eyes as if you were part of the murder solving. You find all the clues and identify all the bad guys. You kill and hunt the bad guys and their henchmen one by one. You play this game, you need to think critically and find different ways to reach these bad people and if you make a mistake, you will need to start from the beginning. These are some of the things that help you to broaden your mind and think in different ways. All said video games are a great way to learn how to generate great ideas for your writing. It is true to say that people that writers that always play many video games are known to write better content. Let us look at the 5 different ways that video games can actually help make you a better writer.

1. They help you craft your own story

Playing and watching video games can help a writer with the basics of his fiction novel by showing him the path to follow to accomplish his goal. Video games are done in sequence and by watching through, you are able to get the whole concept that will help you create your own story. Most video games are captivating and interesting and by watching them, you are able to create a similar story that will keep readers glued to it to the end. The good thing about such games is the fact that they demand a high portion of your concentration and you will need to fully understand the plot of the game in order to play it and win. You will need to identify the different characters in the story and the different roles that they play towards your success or failure in the game. This in many ways helps you think and can help you come up with a great story of your own based on the game that you play. A clever writer can cleverly use the ideas in the game and come up with a good sequence that can entertain his audience.

Good fictions writers are able to describe their characters to the extent that their readers are able to make them up in their minds. In video games, you are able to see the characters from their sizes, walking style and skin tone. The writer, after playing the video game, is able to clearly describe his characters to his readers who are able to easily identify every character in the novel. Readers identify the characters they love or hate by how the writer has created them. Playing video games allows a writer to create his characters easily. It also helps in the ability of the writer to create his own characters based on the ideas that he/she collected as the game was played. When the writer comes to writing his own story, he/she is able to clearly see the characters that he wants to develop in his visual memory just as it was in the game played earlier. This ability is very important for any good writer since the story that they write is visually seen in their mind’s eye.

3. They help you understand emotional manipulation

A certain part of the game can make one very emotional to a point of even crying or laughing out aloud. A reader should also feel the same about the characters that have been cleverly crafted by the writer. After reading, the reader can be left with different emotions such as anger, hate or love. By just the way you have described the villain in the story, the readers are able to hate him just the way you wanted. This way, you end up manipulating your readers with just words and playing a lot of video games will give your ideas on how to achieve this. This is because the creators of video games use their strong plot as well as visual representations to define all their characters in the game and beyond. Once a writer learns how to achieve this effect in his/her writing, they are able to write content that is emotion and thought evoking which in turn keeps the audience hooked to the work that they write. Imagine describing a thief and making your reader afraid by just reading the content that you wrote? This is a great talent that can easily be developed by playing video games.

Any writers’ main goal is to create characters that are complex and hard to be forgotten by their readers. At the same time, these characters should be able to create a strong connection with the readers. A writer can describe his character as a strong, destructive and with superpowers that not leave readers’ minds long after reading the story. This is made possible by playing video games with such characters. Once you are exposed to the characters as you play the game, you always remember how they were visually represented and you will be able to recollect and recreate such an image as you write. There is a strong power in the way that you represent your characters in your story and a great way to learn how to do this is to understand the type of reasoning that the creators of the video games actually employed in their plot and character creation.

5. They have great plot rhythm

Playing video games can help one to create a great plot for his novel. These are the books the readers can read again and again as the plot is quite captivating and follow an interesting sequence. The story should also have perfect pacing, it should not start too late for the reader to get bored or end too soon to leave the reader with a lot of questions. In fact, most video games are based on some novel or story that is meant to make the audience more interested. When you play such games and read the content that they present, you will attain a better knowledge on how to best arrange your work as you write. Always remember that you can consult professionals like Click Here on how to best create a suitable plot for your story in case you are stuck at this phase of your write up. The company hires the most proficient writers that are willing to offer their expert advice and you will not need to part with a very huge amount of money.

From the above facts, it’s evident that writers should not restrict themselves to just books in order to be better writers. They should instead explore other ways of giving them great ideas to create fiction work which is more interesting to the readers, and playing video games could be just what they need to create a great plot and believable characters that are hard to forget. Well, why don’t you go ahead and play as many videos as possible and see whether they will help you craft great plots for your next book.