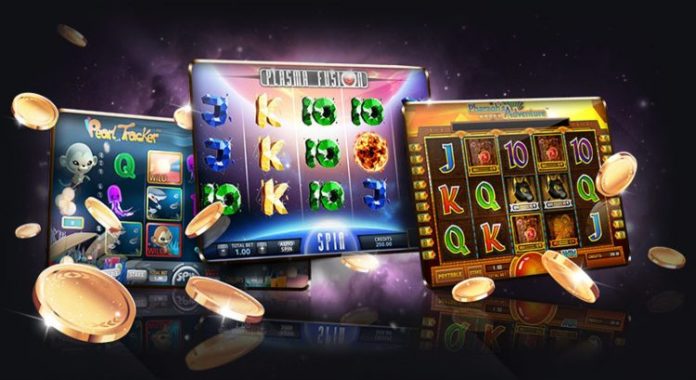 Online slots take inspiration from many sources including Egypt, magic, myths, sports, television and movies. However, there are many slot games currently available which are based on video games and video game characters. So, let’s take a look at the best slot games based on existing video games.

One of the most popular video game franchises of all time is without doubt Tomb Raider. This video game features a character called Lara Croft who is a British archaeologist searching the world for lost artefacts. They have been over 15 different releases of Tomb Raider video games and it has also been developed into a very popular slot game.

The Lara Croft Tomb Raider slot has a standard setup of 5 reels and 3 rows with a total number of 15 paylines. The slot features standard playing card symbols plus some special symbols including Lara Croft and the Ancient Idol. If you get three or more Lara Croft Scatter symbols, you will receive 10 free spins and any winnings from these spins is trebled up. In terms of innovation, the Lara Croft Tomb Raider slot is nothing special but the playability, theme and layout make it one of the best slot games based on existing video games.

For those wanting to find the latest slot games based on popular video games you can do so at slothits.com. In addition to slot game reviews you will find all the latest bonuses you can use when playing the games. Another example of a top slot game based on an existing video game is Call of Duty.

This war game is massive, especially in the online gaming community and therefore it is no surprise to see it developed as a slot game. Call of Duty: Modern Warfare slot sees you face dangerous challenges as you attempt to reach the base. You will face soldiers, grenades and guns just as you would when playing the video game. Look out for the grenades, which can appear at any time and explode to add wilds to the reels.

Moving onto another video game which involves shooting but this time in a more subtle way. Hitman has become very popular on both console and mobile devices and as the name suggests, it is based on a hitman which players control throughout the game. The hitman is handed missions which he must carry out without being discovered.

The Hitman slot has 15 adjustable paylines plus additional special features such as expanding wilds, scatters and free spins. The sounds when playing this slot game add to the overall theme and you will find symbols which include pistols, rifles, money, drugs, knives and money. Let’s just say this slot game is not for the faint of heart.

The best slot games based on existing video games are not always new games. Worms and Space Invaders are prime examples. These are both older video games but still enjoyed by players throughout the world today. The Space Invader slot game is especially good, with pixel graphics and an 8-bit style soundtrack.