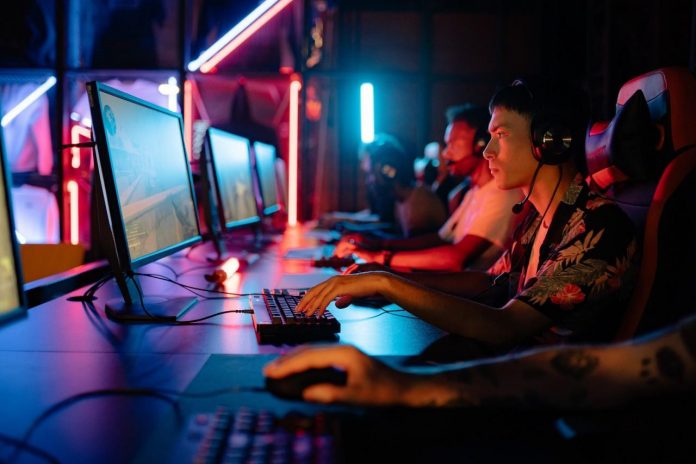 Esports has started to dominate the gaming world and some of the best gamers are now on big money contracts playing the titles they love. The popularity of esports has not passed the non-gaming world by – and now there are plenty of online sports betting sites that cover the big events.

Speaking of events, after a few years where it was not always possible to put on these esports extravaganzas, 2022 promises to be a real highlight for fans of a number of esports. There are still some being held online for health and safety reasons – but here are five esports events that we are looking forward to this year.

With a $6 million prize pool, the Rocket League esports season is underway right now. There are fall, winter and spring competitions, with each of those seasonal events incorporating regional tournaments that culminate in the international major and the World Championship, scheduled for July 2022.

This online event will bring together some of the best Rocket Leaguers to battle it out for huge prize amounts. The 2022 edition will also have a few firsts. There will be two main stages for the very first time – the all-new World Championship Wild Card, as well as the World Championship Main Event.

After the lack of fans for last year’s event, Riot Games got everyone very excited with their announcement for the 2022 League of Legends World Championship. They broke the news before an NBA game that this year’s event will be held in four cities – New York, Toronto, Mexico City and San Francisco.

This first ever multi-city event is the culmination of the League of Legends competition in which 12 teams compete for the ultimate prize. Just in case you don’t know, to give you some idea of the scale of this event – in 2018, the final was watched by an incredible 99.6 million people.

After the cancellation of the 2021 event, Atlanta is eagerly looking forward to bringing Dreamhack back in November 2022. Described by the organizers as an immersive gaming experience where the community comes to life, Dreamhack will be home to cosplay, an expo as well as a meeting place for creators.

There will also be a CS:GO tournament, bringing together some of the top players in the world. After such a disappointing few years for event organizers like Dreamhack, being able to put on these kinds of events is hugely exciting and just part of the global esports calendar.

With a name like The Cathedral of Counter Strike, you just know that ESL’s Intel Extreme Masters event at the Lanxess Arena in Cologne is going to be something special. Taking place over two weeks in July, this event will see 24 of the best teams fight it out for a prize pot of $1 million.

The road to Cologne has already started with teams battling it out in the play-in events. But the main event will take place at an arena well known to esports fans and there is bound to be an incredible atmosphere.

It is not a grand claim to say that The International changed the way competitive esports was perceived. The first event was held in 2011 and now it is one of the biggest and most eagerly anticipated events on the calendar. For Dota 2 gamers it is the ultimate.

The world’s best Dota teams come together once the three tours in the DPC season are complete. The team that triumphs at The International are crowned as World Champions and take the huge prize pool as well as the adulation of all gamers. The location is still to be confirmed – but TI11 promises to be the best ever.