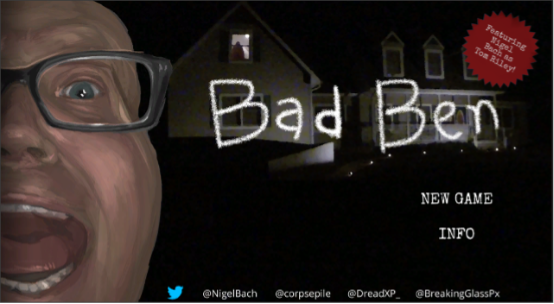 What is the ending of Bad Ben Game? Bad Ben Game is a classic horror puzzle game with a third-person perspective similar to Resident Evil, Silent Hill, and Clock Tower. The most admirable thing is the plot and exploratory nature of the game, and the sense of substitution is also one of the best among H5 horror games. This article will explain the ending of the game for you.

Bad Ben Game What Is It?

Bad Ben was originally a pseudo-documentary horror film based on American urban legends. Due to the low cost and the low popularity of the director, it was only discussed among some fans.

The film dates back to October 5 , 2016. It is one of a small film series directed by Nigel Bach . The film tells the story of the protagonist Tom Riley who bought a suburban villa at an auction at a low price. After rushing to the villa, a series of incredible and bizarre stories began.

In order to further uncover the secrets hidden in the villa and further clarify supernatural phenomena, Tom Riley set up 21 cameras in different areas of the villa. He began to have a better understanding of the evil power of the villa and the unexpected “black shadow”, but Bad Ben didn’t know that his resistance was ultimately unable to escape the shackles of fate and the operation of the dark forces behind it.

For players who try this work from the perspective of horror elements, you will experience unexpected surprises. In addition to being able to operate Tom Riley to explore freely in the villa, players also need to solve puzzles, that is, the classic key-finding link to promote the main storyline. As the exploration progresses further, players will stand on their hairs and backs, and the camera will capture incredible paranormal events from unexpected angles. All the player can do is to continue to bravely face the camera or the room with movement on the floor, and finally prepare to fight the unknown monster to the end.

When Bad Ben knocked down the mysterious monster, he ushered in his only grand ending. Without the sense of accomplishment of escaping from life in general horror games, he himself will be trapped in the vortex of time and space, becoming the “Bad Ben” he saw at the beginning.

Are you already interested in this H5 game? Now you can experience Bad Ben Game immediately by visiting the snsthegame.com game website. Focusing on the world game market, focusing on English drills, with the most interesting content and comprehensive services To attract players from all over the world and on multiple platforms. They have a senior editorial and operational team from the game industry. By integrating content directions of different dimensions and writing in-depth articles, they attract more multi-age users who love game culture. There are authors who are very familiar with H5 Games and Bad Ben Game. You can enjoy all the happiness brought by H5 games without login and registration!

What is the ending of Bad Ben Game? This article introduces you to Bad Ben Game Ending. The horror of Bad Ben Game is to create a kind of psychological fear, when the player wanders and travels through the room, this camera perspective is always the most intimidating. Chilling, players never know potential angles and dangers and intrigues. 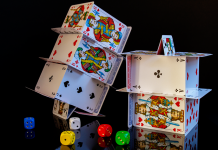