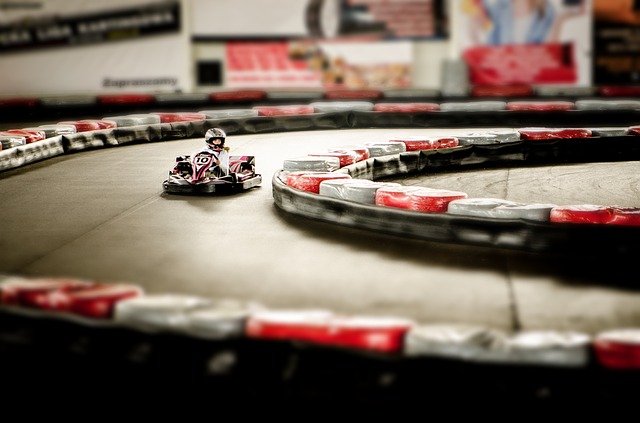 While first-person shooters continue to be the most popular gaming genre in the world, many people prefer the high-octane thrills provided by racing games.

As highlighted by recent research by Betway, gamers love playing games that get their heart rate pumping and that is certainly the case where the racing genre is concerned.

The gaming industry is awash with successful racing franchises, many of which are rated amongst the best game releases of all-time.

With that in mind, we take a closer look at five racing games every gamer should have in their collection.

Published by Electronic Arts in September 2004, the third instalment in the Burnout series remains one of the best racing games ever created.

It utilises arcade-style gameplay with an emphasis dangerous fast-paced driving, making it the dream game for every budding racer on the planet,

Similar to how soccer fans view the FIFA series of games, many racing fans argue that Gran Turismo and Forza are the greatest racing franchises.

However, the Grid series, which has its roots in the iconic TOCA Touring Car Championship game from the 1990s, is unquestionably one of the best racers in the business.

Race Driver: Grid is perhaps the pick of the bunch, while new release Grid Legends demonstrates that Codemasters are still the kings of racing games.

Forza Motorsport 7 was published by Microsoft Studios in 2017 and stands head and shoulders above any other releases in the series.

It features over 700 cars, 32 different locations and more than 200 different configurations to race on, making it one of the most comprehensive racing games ever made.

While subsequent releases have pushed the envelope further in terms of graphics, Forza Motorsport 7’s gameplay makes it the pick of the series.

Need for Speed: Most Wanted

Set in the fictional city of Rockport, the ninth instalment of the legendary Need for Speed series was a significant leap forward for the franchise.

It focused on players taking on the city’s top street racers in a series of illegal street races with a view to becoming the most wanted racer of the group.

Need for Speed: Most Wanted sold more than 16 million copies worldwide and is a title that every racing fan should have in their collection.

From an aesthetic point of view, Midnight Club: Los Angeles was well ahead of its time when it was first released in 2008.

The open world map was three times the size of the cities featured in the previous instalments in the series combined – vast does not begin to describe it.