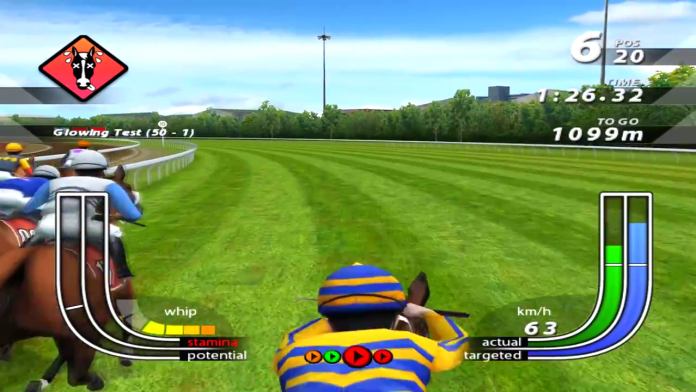 For many racing fans, there is a growing demand for a video game that can take the industry to the next level. There have been a growing number of fans taking to social media asking gaming companies to make a new title with the biggest names in the sport involved.

Many believe that EA Sports could take up the role and produce a game like FIFA is for football.

However, there are already a number of titles out there for horse racing fans to enjoy. Below you can find out more about some of the most popular and if you need you can look here for full and detailed race results for all horse races in the world.

One of the most popular horse racing titles that has come to market is Champion Jockey: G1 Jockey & Gallop Racer. The title was released in 2011 and it is part of the Gallop Racer series. It was a hugely popular title for gamers, and was released on the PlayStation 3, Xbox 360 and Nintendo Switch.

One of the most enjoyable factors of the game was the fact that some of the world’s biggest real-life races were incorporated. Players could attempt to win races at the Breeders’ Cup and the Kentucky Derby. However, despite having some of the biggest US races on the card, the Xbox version of the title was never released in North America.

It wasn’t just on games consoles that horse racing games were popular, as the release of Starters Orders 6 was extremely popular among virtual reality gamers. The title is available on Oculus Rift and Steam, and gamers were able to build their own stables to compete for some of the world’s most lucrative prizes. Players are able to breed their own horses and also take on legendary stars of yesteryear.

Players have complete freedom to aim for a race that they want to win, as they can target huge races in North America, the United Kingdom and Australia. The detail for the industry is also excellent, as players can opt to challenge for flat races as well as jumps. The virtual experience element is one of the most enjoyable as VR players can get an extensive insight into what it would have been like to ride in one of the world’s great races.

Melbourne Cup Challenge is also one of the most popular games that was released. The title offer a very clear aim for players, and that is to breed and train a horse that is capable of winning the Melbourne Cup in Australia. The title is developed by Sidhe Interactive and was released on the PlayStation 2 and Xbox in 2006.

As well as the career mode, which allows players to breed, buy and trains their stable, there is also a multiplayer online mode available to explore. This enables the player to take on horses from around the world with the horses that they have breed.

The graphics in this title are far better than most other horse racing games on the market, as there are lifelike horses and jockeys evident throughout the title. For those based in Europe, the title of the game was Frankie Dettori Racing, but the premise was the same in both.

Players in the game can take their bred horses around some of the biggest tracks from around the world, including Ascot, Churchill Downs and Newmarket. It is one of the most addictive horse racing games on the market, and you are unlikely to stop playing until you have claimed success in all of the huge Classics around the world.