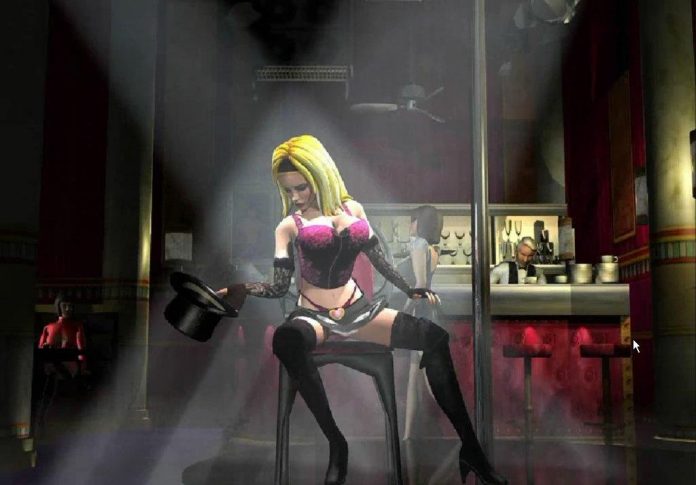 Our personal belief here at Unigamesity is that there are not enough games for adults out there and it appears that not even the new generation of consoles will address the issue. Therefore, we have to take advantage of what we already have and keep on playing the few really sexy video games that have been launched until today. And even though developers were a bit more daring in the 90s, the poor graphics of the time don’t make us sweat anymore. So we’ve decided to create a list of the 10 sexiest video games ever featuring some of the more recent titles and only the old ones that matter.

It’s been pretty difficult, actually, to create this list because there are some games featuring incredibly sexy characters but they don’t really tickle the pickle. So hopefully you will agree with our list! 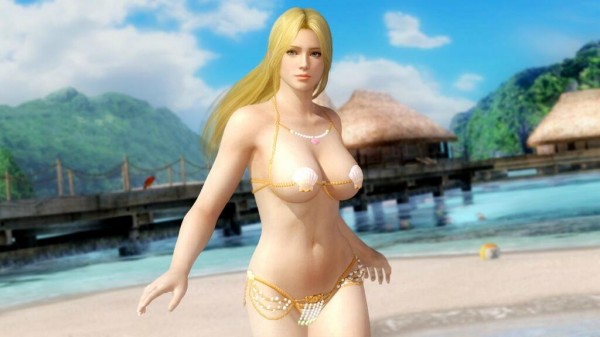 I was tempted to go all cliche and put Dead or Alive Xtreme Beach Volleyball on the list, but decided to go even more next gen with the bounciness and opted for DOA 5 instead. Why? Well, because there’s always going to be something sexy about extremely sexy chicks fighting. We have nice physics, nice girls, some really hot costumes and, surprisingly, a really good fighting game for the complete pleasure of those who give it a try. So really a complete game that’s also sexy and a joy to play, proving that we can get some decent quality from sleazy looking products. Your parents might even let you buy and play this one, so check it out here. 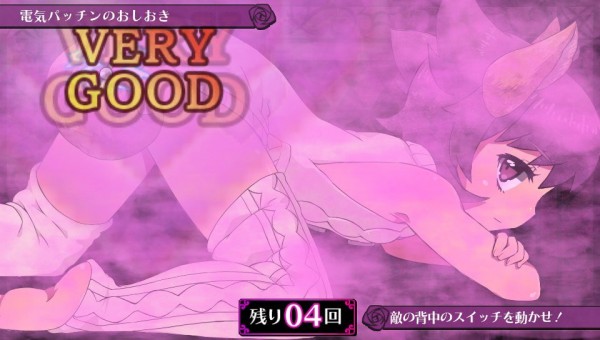 Probably one of the most obscure games on the list and one that is only available in Asia, Criminal Girls: Invitation is Nippon Ichi’s dirtiest little secret. but instead of “secret,” you should read “game”. A PS Vita exclusive, the game puts you in the uncomfortable shoes of a prison warden in Hell who has to take care of the naughty girl prisoners there and spank some sense into their tiny bodies. Literally. It looks like your regular PS Vita dungeon crawler slash RPG game until you get to scenes like the one in the image above. And there’s plenty of them throughout the game, and that’s the exact reason why you find it listed here. And if you plan to get it, your best choice would be Play Asia – No Region Protection included, and no need to wear any other type of protection either. 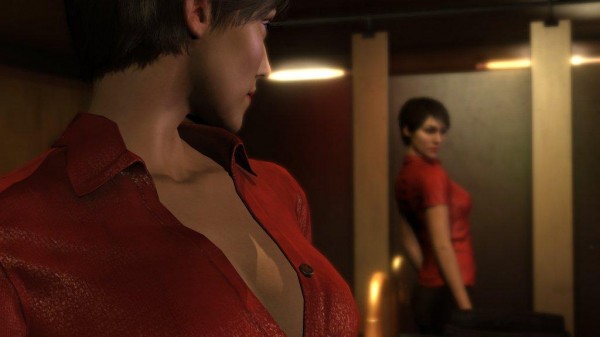 A game that people have talked about for all the right reasons makes it on this list too because, well, it’s pretty darn sexy! What makes it so sexy is one of the main characters, Madison Paige, who’s one of the sexiest game characters ever because she looks so natural. She’s also my age, so I’d probably have a chance in a million with her, too. Back to the game, it also features an interactive sex scene that makes it even sexier and in case you haven’t played it, you should: it’s one of those few games that manage to keep the quality up… and not just that! Check it out on Amazon, if you will. 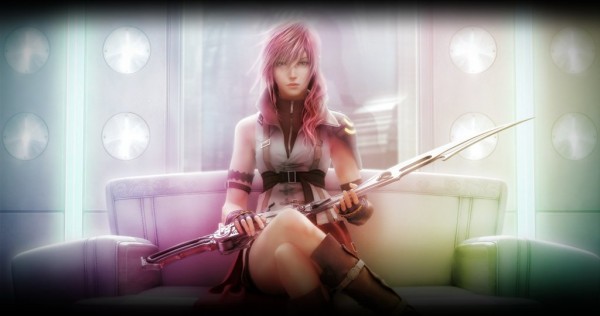 Well, I know that basically all Final Fantasy games can be considered sexy for the female characters that provided us with eye candy over the years, but I went with the latest installment of the series because Lightning. It’s true that most of the sexiness of the game comes from your dirty little mind and all those artwork pictures (just as is the case of Yuna or Tifa), but whatever works… works! 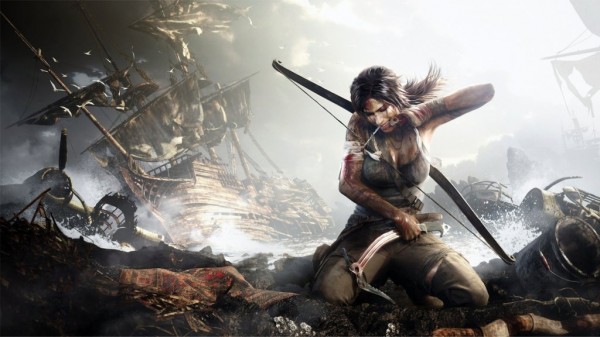 Just like Mario and Sonic, Lara Croft is part of the video games history and I doubt there will be many female video game characters to reach the notoriety of Lara and have such a huge fan base. The beautiful adventurer gets more pixels in her boobs with every iteration (as well as a better looking face) and every time you play a Tomb Raider game, you do it for the amazing main character and never for the game itself. However, the latest Tomb Raider was, in my opinion, the best of the series, and that’s really fortunate because it also featured the sexiest Lara Croft in the series, for a perfect loop. Get it if you haven’t done so already. 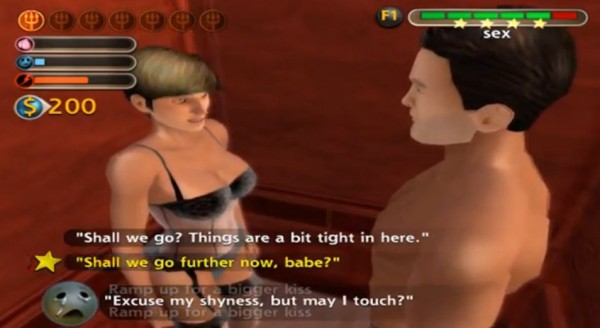 A game based on the seven sins, featuring a lot of sex and nasty behavior… well, that’s something you have to play and something that developers need to remake with current gen graphics. Even though it’s more The Sims than anything else and there’s actually not a lot in terms of adult material, the game remains sexy thanks to the huge amount of beautiful ladies that populate the in-game world and all the beautiful actions you can perform with them. In case you haven’t played it yet, you can try it out here. 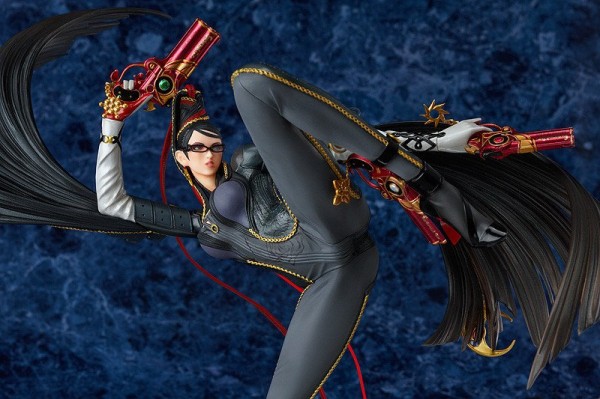 A game that was first praised, then criticized for its main character – a sexy femme fatale that some people think looks like Sarah Palin – is one that deserves a spot on this list of the sexiest video games ever. Long legs, latex suits, big guns and big’uns, all these make Bayonetta one of the sexiest games ever released. Unfortunately, not one of the best ones, but you can’t always have it all! Find out more about Bayonetta here. 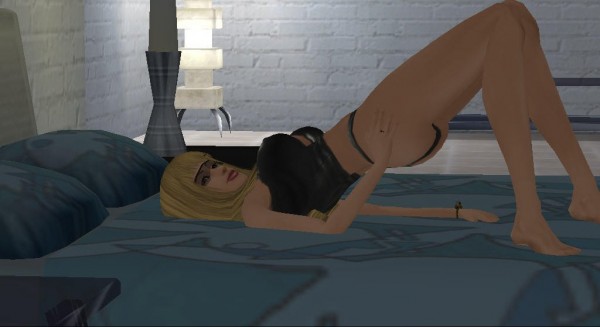 This one’s a pretty obvious entry in the series. There are not many games that put you in the shoes of the owner of one of the biggest and best known magazines for men, and there are even fewer that give you the chance to choose all the cover stars AND take hot photos of them wherever you want. As fun as this might sound, it actually gets boring relatively fast, but then you’re already 12 months into the game and a new hot starlet appears and you’ve got to have her. So you’ll keep going, like ol’ Heff who is probably immune by now to nekkid ladies. 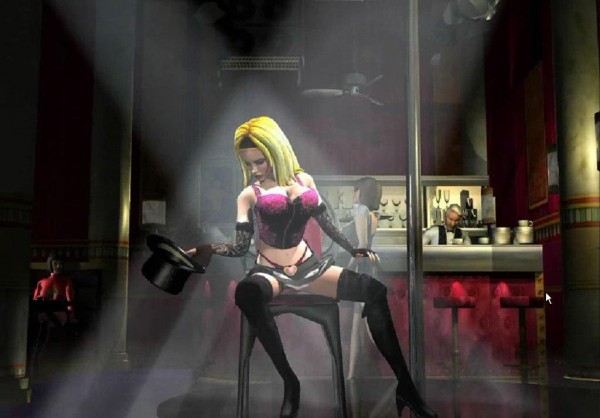 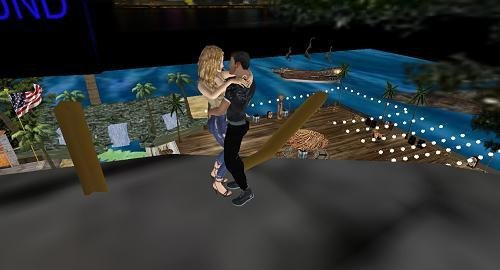 Well, this is actually the game that puts the sex into “sexiest video games”! A game that your parents won’t let you play (nor admit they’re playing), it’s basically Second Life after a few glasses of red wine. This “virtual reality” game lets you create your own character and go on crazy sexcapades in the virtual world – and even if you are a sorry old loser just like in real life, you can stile hire, for in-game currency, sex workers to satisfy your virtual pleasures. Yup, something like that really exists (and it was pretty hard to actually find a somewhat decent photo from the game)!

So, there you have them: the sexiest video games ever, a mixed list of titles you wouldn’t be ashamed to admit you’re playing and games you’d pretend you’ve never heard about. Unfortunately, there are pretty few games focusing a lot on the “sexy” element – I would’ve loved this list to have more potential entries. No pun intended.

Keep Occupied and Safe at Home with These Tips

The Best Ancient Egypt-themed Games of all Time

Guide on How to Quickly Level Up Your Characters in Destiny

Four Incredible Gaming Voices That You May Have Forgotten